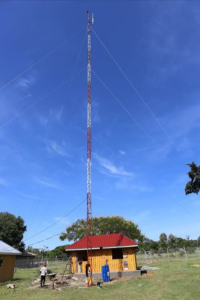 High Adventure Gospel Communication Ministries of Ontario, Canada, is one of our long-time radio planting partners. Over the years we have supplied equipment for their radio stations located in several countries in Africa and Asia.
In 2015, we provided a suitcase transmitter and antenna for Usalama FM in Uganda. The station is located near the Adjumani Refugee Camp close to the border of South Sudan. Along with Christian programming, the station promoted peace and reconciliation between warring tribes. The government asked the station to increase its coverage, so earlier this year we sent them a new 1,000-watt FM transmitter and a high-power antenna to increase the outreach of the Usalama FM signal.

The new extended coverage includes three refugee camps, with a total population of over 815,000 refugees. In addition, the station can be heard by 1.5 million potential listeners who live within the host community. A full day of Christian programming is broadcast in English, Madi, and Dinka. Soon they will add programs in the Nuer language. The signal also can be clearly heard into South Sudan. 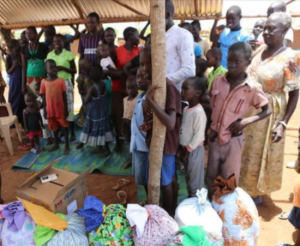 Various tribal and religious leaders, who have been given radios, gather people from their tribes to sit in large groups and listen to the programs at different times that range from early morning to late at night. The workers involved with Usalama FM believe God has given them a special opportunity to present the gospel message to these South Sudanese refugees before they return to their own country. Please pray for the staff to be effective as they share the message of salvation through their daily broadcasts. (story courtesy of Kevin Mayer)