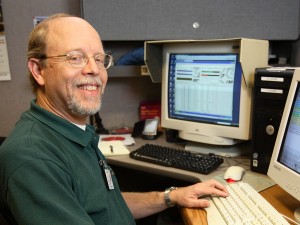 It’s hard to believe it, but this January marks the beginning of my 35th year of ministry with HCJB Global. The world and the missionary enterprise have changed greatly over these 34 years, and it made me think about my motivation for Christian ministry.

Since I was a child, I have had a fascination with technology a passion for the gospel (good news) of salvation through Jesus Christ, and a desire to spread that good news to the world. When I began working at Radio Station HCJB in Quito, Ecuador in 1977, most of the proclamation of the message was through shortwave radio, reaching across the world and behind the “iron curtain” of the Soviet Union. Now the world communicates more via local radio, satellites, the Internet, and cell phones, and I am privileged to be part of a team at the HCJB Global Technology Center that is working to harness those technologies for the Lord’s work.

Our new Media Center, which was inaugurated last fall, will help produce Christian audio and video content that can be viewed on a cell phone, iPad, iPod, personal computer, or whatever technology comes next. I want to  help ministry partners communicate in such a way that the listener/viewer/user, sees Christ in the message. I want to help in the production of content that is more than entertainment or mere information, but becomes a life-changing message. This media should attract the non-believer, but still have an underlying Christian message.

Much of the world’s population is young, and I want to reach the “millennial generation”, those born between the mid-1970s to the early 2000s. I want to clearly communicate biblical truth to young people so that they can become part of the church and use their God-given talents to glorify Him. More than merely understanding them and helping them “do their thing”, I would move them to do “God’s thing.”

My passion is to know Christ and to make him known. Barb and I cannot do it alone, but only with the prayer and financial partnership of like-minded believers. If you are not part of our support team, we invite you to join us.