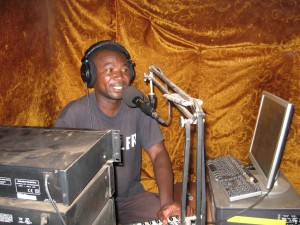 On March 7, 2011, Radio ICDI in Boali, Central African Republic, was given permission to add a night-time shortwave radio frequency to increase broadcast coverage across the country.

Dan and two other engineers from the HCJB Global Technology Center spent the month of April in Africa last year (2010) installing this second station for ICDI (Integrated Community Development International). Although the station was completed, the government required considerable paperwork and testing before the station was allowed to broadcast on a regular schedule.

Radio ICDI can be heard across the Central African Republic communicating community development information along with Christian programming and music. The station broadcasts in French and Sango, the two national languages. Radio ICDI is regarded by many in the country to be “the people’s radio station,” and all of the staff members are from the Central African Republic.