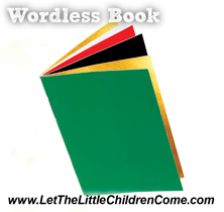 How can a book with no words tell the greatest story ever? The Wordless Book does just that in after school Bible classes called “Happy Day Clubs.” Barb is part of an exciting ministry that teaches children in public schools how much God loves them.

The GOLD page represents Heaven, the wonderful place God has made for those who love him. The DARK page illustrates the problem of sin which separates us from God. The RED page reminds us of Jesus’ blood that was shed as he paid the penalty for our sin, and the WHITE page shows our hearts washed clean. The GREEN cover encourages us to grow in Christ by reading the Bible and praying everyday.

One of the schools where Barb helps has 44 children registered, the other has 38.  Please pray with us that these children will put their trust in Jesus and grow in the Lord each week. 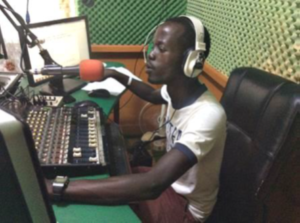 A pastor in the Democratic Republic of Congo (DRC) has been using radio for several years to reach people with the gospel message in his area. Recently, God opened the doors for him to start another radio station in a different part of the country. This area of the DRC is very poor and has historically been a satanic stronghold. He is eager to start this new gospel outreach over the airwaves with equipment he received from SonSet Solutions. Having utilized radio for a number of years already, he writes:

“We don’t cease to praise God for the help you have given us to proclaim the Good News every day. Surely many people are receiving Jesus and turning away from their sins. Let me inform you that radio is the powerful media in many countries here in Africa. It is among the best way to communicate the Kingdom of God to many people.”

Recently SonSet Solutions has received requests for assistance in establishing or expanding radio outreach in Kenya, Tanzania, and Cameroon. We are thankful for all who partner with us through giving and prayer to make this ministry possible. 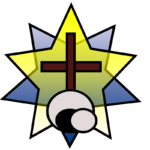 “Christianity, if false, is of no importance, and if true, of infinite importance. The only thing it cannot be is moderately important” said C. S. Lewis. Easter weekend highlights that fact more than any other time of year.

When considering the importance of the death, burial and resurrection (which Paul said was the most important of all Christian teachings, 1 Cor:1-3), then here is the practical outcome as Lewis adeptly explains: “For mere improvement is not redemption, though redemption always improves people even here and now and will, in the end, improve them to a degree we cannot yet imagine. God became man to turn creatures into sons: not simply to produce better men of the old kind but to produce a new kind of man. It is not like teaching a horse to jump better and better but like turning a horse into a winged creature. Of course, once it has got its wings, it will soar over fences which could never have been jumped and thus beat the natural horse at its own game. But there may be a period, while the wings are just beginning to grow, when it cannot do so: and at that stage the lumps on the shoulders—no one could tell by looking at them that they are going to be wings—may even give it an awkward appearance.”

Article written by Stephen Peacock, one of our colleagues at SonSet Solutions. 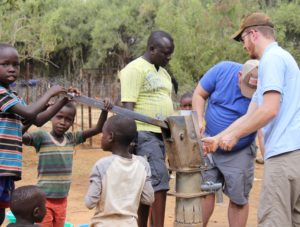 Our son-in-law, Cody Hall, is a mechanical engineer who came through the SonSet Solutions apprenticeship program. Cody and our daughter Emily just returned from a very successful trip to Kenya where they saw God at work in many ways.

SonSet Solutions’ ministry partner Harvesters International works with Pokot Outreach Ministries (POM), a ministry founded and led by nationals focused on reaching the Pokot people with the Good News of Jesus. They accomplish this by evangelizing the people in villages and communities where they help provide clean water. The work is led by Pokot pastors who have completed a rigorous two-year training program. As people come to Christ, these pastors go out and start more churches farther out in the West Pokot County of Kenya and across the border into Uganda and South Sudan.

After installing two SonSetLink™ water monitors at a children’s home, Cody and Emily traveled into the bush to visit two recently installed wells. They talked with about 20 people who had walked nine miles with their donkeys loaded with water jugs to collect water. They had left their village early in the morning, and it took them several hours to fill their jugs.

The Pokot people are nomads and travel depending on where the water sources are. Their livelihood is their livestock (goats and cattle). These 20 people had recently come across the border from Uganda and are moving closer to the well so they will not have to walk so far.

Asked if the water from the pump was better than the water from an older hand-dug well, they enthusiastically said, “Yes! We are feeling better since drinking this water!” What a joy to hear this! POM says this happens often; that groups find a reliable source of clean water installed by POM and become established nearby, instead of wandering to where the next water source is. It is into this community that POM sends one of their pastors to build relationships with the people, lead them to Jesus, and a new church grows organically. This is the church-planting model that POM has been pursuing successfully for over 20 years.

“Teacher, Teacher, will there be time today to pray for forgiveness?” While my co-teacher was teaching the day’s memory verse at the front of the class, two third grade boys flagged me (Barb) down in the back of the room. They had been waiting all week to ask Jesus to forgive their sin and give them clean hearts! “We will certainly be sure to make time for that today,” I told the boys. What a joy to find such receptive hearts at our “Happy Day” bible clubs meeting after dismissal at the local elementary schools. That very day not just two, but three little boys gave their lives and hearts to Jesus. It is such a privilege to encourage and watch them grow in their spiritual lives.