Seventeen years have elapsed since Bynas, a local believer in the small West African country of Guinea-Bissau, captured the original vision to launch the country’s first full-time Christian radio station. As the years mounted, so did the long list of delays—lack of funds and equipment, difficulty receiving a broadcasting license, technical problems and at least three coups since 1999, the most recent of which erupted in mid-2012. 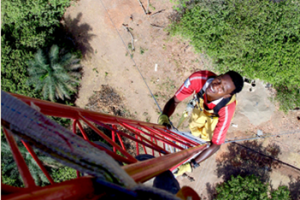 This March, Ed Muehlfelt from the HCJB Global Technology Center in Elkhart, Ind., traveled to Gabu to install a 224-foot radio tower, antenna and coaxial cable. “We ran into many problems along the way,” he said. “But I’ve found in previous station installations that the more powerful the gospel will be in an area, the more problems we face during construction.”

In early April, HCJB engineers serving at the office in Ghanna, traveled to Gabu where they joined with Ed to install studio equipment, test the transmitter and antenna, and help train the radio staff.

Four national churches will be responsible for the operation of the new station which will cover about two-thirds of the nation. 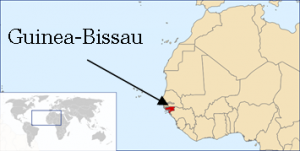